Most Players already noticed that since the ” Migration Event 2013 ” started, the success rate on crafting rapidly went down to ~ 20%.

Crafting limited Blueprints is wasting of Ped and lower amount of crafted items made lower amount of used ores and enmatters. Thast had a direct influence on the mining profession coz of lower quantities needed and decreased MarkUp’s and most ores and Enmatter.

Prices for Metal and Energy Residue went down 105% Auction-Buyout.

Many people wrote support tickets to MindArk, and the Planet Calypso Forum is full with discussions about this topic.

The Broken Crafting “problem” seems to get now larger dimensions. People are sick of loosing in a short time many Ped. Players stopping to play and going in a waiting position until the system is changing and the people can start to play “normal” again.

CLD shares dropped to 3.66 Ped each this week. Another sign for decreasing economy.

MA is investigating the crafting loot. If its something that can be fixed without an update for sure they will adjust before the update.

Additional to this we expecting within this month a new VU and another one in October.

The Moon should be realeased then aswell.

So let’s hope the hard times are over and this broken crafting will soon be fixed.

It will go up soon ! 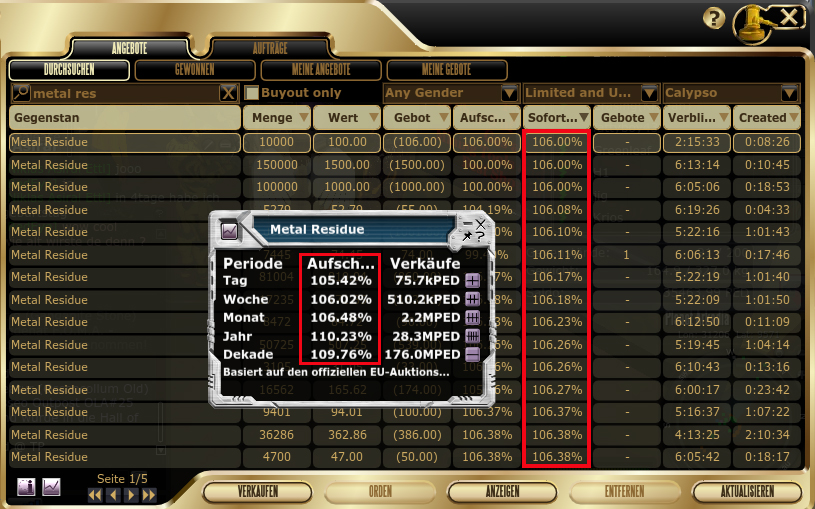