As live is more than only one computergame or computergames in general, i created an off-topic category today in order to blog about a the rest of life a bit. At first i want to introduce these lego transformers created by orion pax to you as they are really amazing. Most of us still remember the first G1 models released in 1984, and Orion has not only rebuildt the models but managed to rebuild them with their original transformations!! 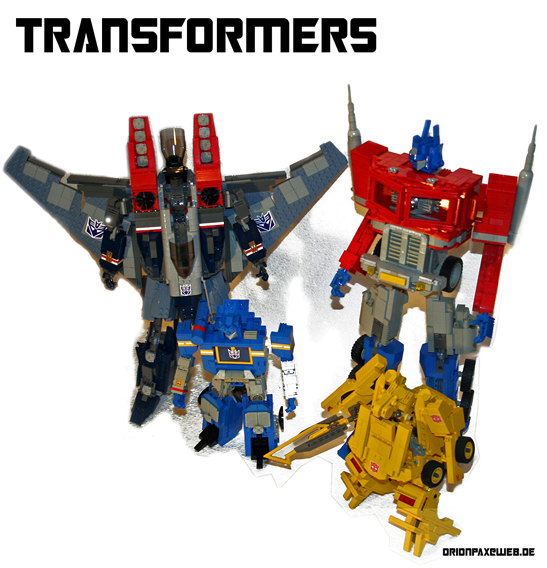 They’re so awesome, i have to tell you where i found them, check out orion pax lego transformers gallery on his website – he’s got G1 Bumblebee, an assortment of Optimus Prime, Jetfire, Warpath, G1 Hound Starscream, Decepticon Soundwave and lots more on there. I really miss some detail shots especially about the transformations on there. But i think he keeps them secret from our eyes on purpose – looks like he doesn’t want everybody to know all of his building techniques! I asked him about the price for the G1 Mirage – my secret favorite – and told me he would give it away for 450,- €. A lot money (more than i can afford) but definitely woth the price, if i’d got the money, i would even pay double.. as long as i don’t i will have to keep tryin to get the glue about his building techniques in order to build one myself..