Space Taxi driver can be a anyoning business and sometimes dangerous.

The last story i experienced as a space taxi driver was a nasty surprice.

It was so strange i have to share it.

I was shouting there my standard text for advertising my services as i abrupt heared a sizzling voice from one of the dark corners between the massive PA skyscrapers.

Sizzling Noise : “Can you do discount to Arkadia ? I need urgently a Space Taxi, someone expects me there.”

Sizzling Noise : ” Alright , i pay you now but have to pack my stuff then first. Where we will take off ?”

The dude paid me and disappeared fast in the entrance to the economy area in PA.

So i went to the Mall and spawned my Quad on the Top of the building.

Then i was waiting…longer then i thought. I was admiring through the landscape around PA, as i heared on the bottom some police sirene. Well its not so uncommon for this over populated motrpolis of PA.

As i turned around to walk to the other side of the building to see whats going down in PA and i passed the televator,

my missed passenger blopped up and said we have urgently to take off.

Wondering he was waiting me for more then half and hour and then blop up with this rush i hurried to my quad and started the engines.

After take off and leaving the atmosphere, we had a bit time to talk.

In Space he seems not to be that in panic anymore as he semed before. He was wearing a Bear-head, so i couldnt see his face, but i’m sure he was smiling.

Me: “Ou, never been there. Didnt know that. So, why you had been in that rush to take off so urgently, after you’ve been half an hour to late?”

John : “Well….lets say we are already ways to late. Sorry for left you waiting that long. But i had to keep sure i have all i need for Arkadia”.

In the silent Space i heared something was smahing in the Hull of my Quad.

I know this noise because it was not the first time this happened.

This small stones hitting your hull faster then a BLP-Projektile does and causing deep impacts on the internal systems.

Me: ” Uhm John , sorry for this interuption but the Magnetic-Astro-Shield (MAS) had a malfuntion and we got a hit by a mistro.”

Me : ” hum.. that means i have to send distress call to the SRPA. Our engines not working anymore.”

Me: ” Space-Rescue-Pilot-Association. The life-guard in space. You not travel often in space, do you ?”

Me: ” Well this guys will come to rescue us now. After they towed the Quad to the next SS , i can repair it and then we can go on.”

Sure John didnt like this incident but what else i could do. Last week i got the Quad back from the yearly maintance and it has already some issues again…..

After the SRPA towed us to Erebos Space Station i began to repair the Quad with my Tools. John always seemed to be a bit clouded and in some way brightened. I never could see his Face because he never took of his Bear-Head.

He spend the most time i was repairing the quad on the public toilet on the space station.

After i was done with repairs he seemed like to get new energy.

John: “Nah lets take off, im fine with that my Bear-head is a protective mask.”

Well , after the MAS was repaired i shouldnt bother much. If he likes it to take a small space-walk its not my prob…..

So i left him, doing his personal way of space experience. 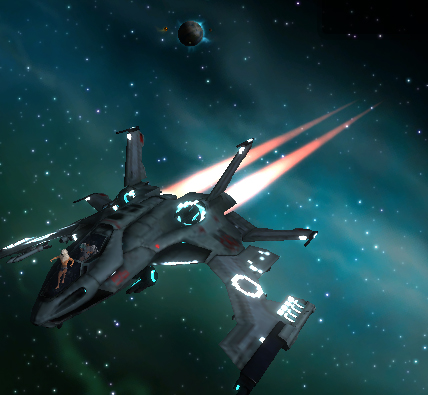 I was just happy to be insulated in my own cabin.

The ony bad thing was , i could not see that good anymore :0 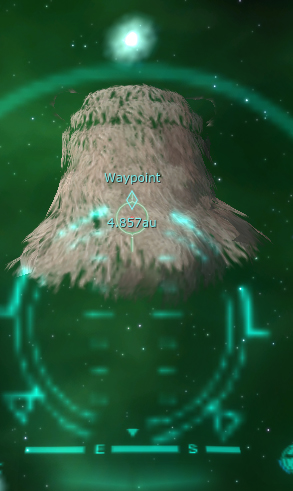 Me: “So , and you need to see someone urgently on ark?”

John: “Yea , there will be tonight a big party in Sanctuary Cove. This guys there, are currently my best customers.”

More and more i realized whats going on here. First the sirene in PA, his late comming. The rush during take off…..

His clouded and at same time brightened vibrancy.

My passenger is a drug dealer….and probably im smuggling drugs exactly in this moment… :0

Inter galactic law’s say every pilot is responsible for all belongs of his spaceship.

Means if the Arkadian duty will controll us, i would be involved as a drug dealer :0

Not sure if i should talk with John about this….i just could kick out him and leave him alone here in space……no one would take notice of a lost drug dealer…no one would look for him.

On the  other hand i probably would never sleep in peace again, if i would let him die lonely in this cold desert of space. So i had to talk to him.

Me: “John you know Arkadian duty is doing regularly controlls by incomming flights?”

Unimpressed in his Space-Surfer pose he answered:

John: “Yea , no worries , they are boguht already. My customers are arkadian High-Rollers. No one will stop us.”

Me: “And IF they do ? Maybe one of them takes his job to serious….”

John: ” No worries, if they open broadcast, tell them we are invited on the big party in Sanctuary Cove tonight. And ‘somone’ there would be really in a bad mood if we are to late.”

I felt really bad in this case, beeing involved in a drug-smuggler action.At least he could pay me proper for his dirty job.

As we approached Arkadia atmosphere , my Com-board lighted up and a authoritarian voice said :

IFN: “Arkadia IFN duty control here. What you carry where you have to pay duty on?.”

IFN: “Here duty control, please turn back to Ark-SS and land, we wanna control your luggage.”

DARN i almost made my pants wet as he said this !

Me: “Here Quad-wing Interceptor, ID : Ca-PA 237-ST, my passenger is expected in Sancutary Cove for the party tonight, we had a malfunction with our MAS before, thats why we already a bit to late. Someone down there would be really in a bad mood if we are more late.”

I slowed down the engines and stopped.

Puh…… i need to change my pants when we landed.

Me:” Alright John,we going to land. But please put now your head in and close the cockpit.” 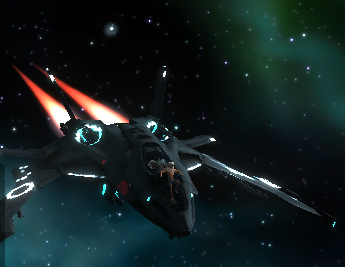 Me: ” The atmosphere will burn your Bear-head !!”

He seemed a bit to stoned to understand , as we had been already entering the stratosphere he still was enjoying the not existing ‘fresh-air’.

Darn, he is really completely high, has he and inhalator hidden in his bear-head ?

but after i bawled him, he came in and closed the cockpit.

I guess he only asked for a discount in the beginning to cover, how risky this task is.

After we landed , he gave me 50 ped extra tip for this ride. Anyways, it had a happy end for me but im happy when my next customer is clean………

So guys thats my latest story as a Space Taxi Driver.

I hope you enjoyed reading this small Space Taxi story.

All was about fun and no one should felt injured in his feelings about this story.

It’s indeed a fictious story and nothing is real about it.

Gl all and enjoy