A new Radio based from the background of Entropia universe is rised up.It launched in Oct 31st 2013. The name Radioarkadia was blessed by the owner and CEO of Arkadia Studios David Dobson. The launch of Radioarkadia began with a big Real Life party.

Its a quite simple player to activate and listen during you are on your hunts or on your mining runs.Their aim is it to provide music during the people grinding the game.They provide 24/7 Rock and every day live DJ’s and sometimes competitions where you can win free ped !! On request the Radio provides a whishlist for events.

In case of a request ask: 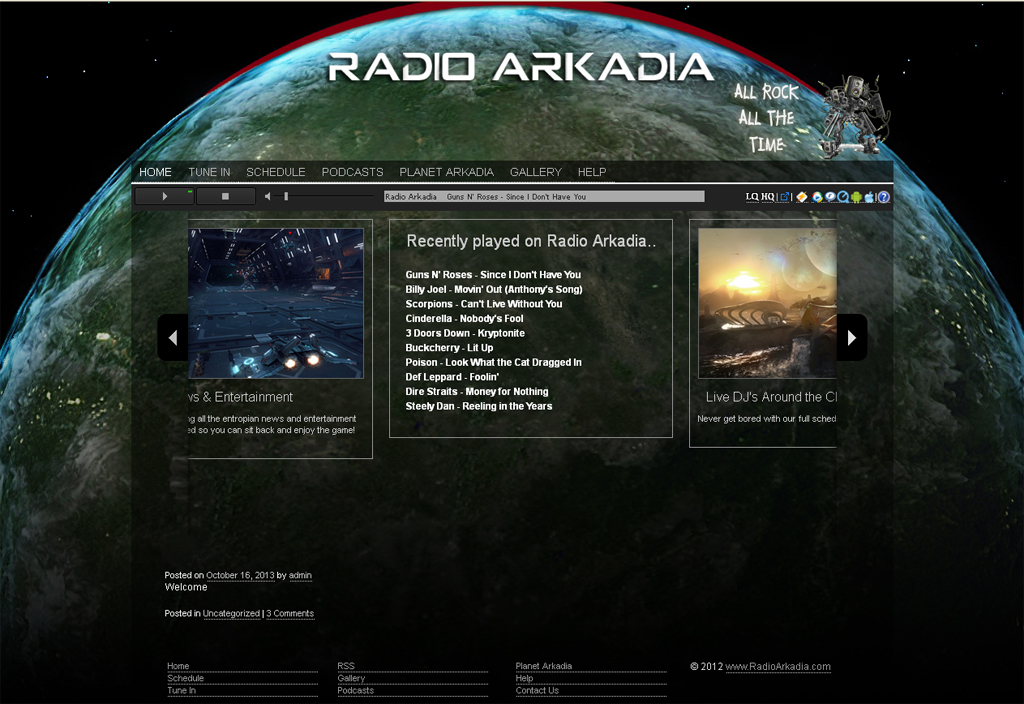 A Selfmade production made by the DJ’s of Radioarkadia is worht beeing watched too.Its a parody on our so looved and same time hated game Entropia Universe. Watch video here and enjoy laughing.

About some of the DJ’s:

Mikaile Mik Thereader is the owner of  “Hidden Fortunes and Treasures”. It’s a shop in Celeste Harbour on Planet Arkadia. She runs aswell the Hell Stall #1 in Hell on Rocktropia.

aj502 MoonShine does a show Tuesday nights on Radioarkadia, called Turd on a Tuesday.